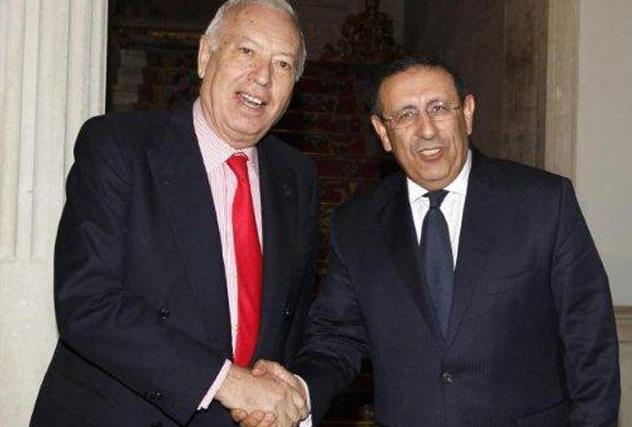 Secretary General Youssef Amrani officially informed Mr. Mariano Rajoy, in a meeting held yesterday in Madrid, that His Majesty King Mohammad VI of Morocco has appointed him as Minister Delegate at the Ministry of Foreign Affairs.
On this occasion he expressed his gratitude for the support Spain has always brought to the Secretariat of the Union for the Mediterranean. Mr. Amrani commended on the progress made by the UfM, « the UfM now is in a position to be an efficient instrument for multilateral and regional cooperation, it is able to face the many regional challenges.” He also added: « Currently, the UfM has the sufficient instruments to inaugurate a renewed and more effective governance in the Mediterranean, and create synergies, as well as enhance cooperation on the basis of variable geometry projects. »

Amrani was received also received by the Minister of Foreign Affairs of Spain Mr. Jose Manuel Garcia Margallo, who also thanked Mr. Amrani for all his efforts during his tenure as Secretary General of the Union for the Mediterranean and reiterated Spain’s commitment to the UfM.