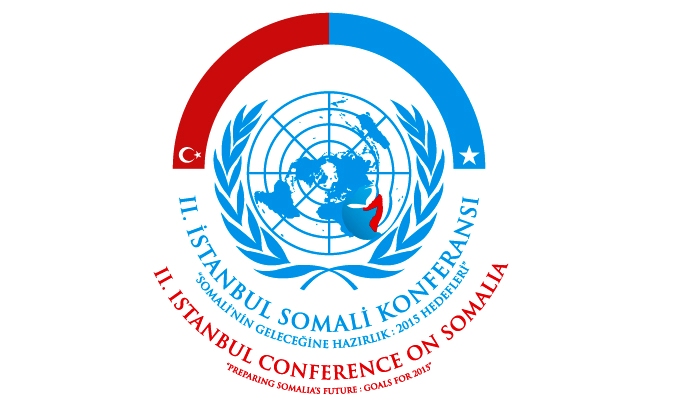 It is a great pleasure for me to attend this distinguished meeting in the historical city of Istanbul, a memorable bridge between cultures and civilizations, Europe and Asia, East and West
I would like to thank the Republic of Turkey for the warm welcome as well as for the initiative of convening this Conference at a time when Somalia is looking towards a promising future for the Somali people and the Horn of Africa.
Morocco is convinced that this Conference will draw again international attention to Somalia and henceforth provide new momentum to the work of the International Community, especially the United Nations, to foster solidarity and strength cooperation with the Transitional Federal Government.
The presence of H.E. Mr Ban Ki Moon, Secretary General of the United Nations Organization among us is a strong signal to reaffirm our commitment for Somalia at this very crucial and decisive phase.

Recalling the context that prevailed last year, with the numerous challenges induced by the struggle against starvation and the fight against terrorist groups, our meeting today is an opportunity to join efforts to assess the achievements made so far and lay the foundations for an international coalition in favour of the reconstruction of Somalia.
Over the last months, a remarkable breakthrough was undertaken on the political and security fronts in Somalia, as the Transitional Federal Government and allied forces managed to expand their presence in key strategic towns in southern and central Somalia. The implementation of the September 2011 road map to end the transition was steadily implemented, with a view to establishing a Constituent Assembly and the new Federal Parliament.

The Kingdom of Morocco welcomes the progress in the political process that was carried out by the Somalis for the Somalis. The kingdom would like to reiterate its commitment to the unity and territorial integrity of Somalia and commends the central role played by the United Nations, while recognizing the relevance of other international efforts, especially through regional and sub-regional cooperation. In fact, the move of the UN staff back to Mogadishu is highly symbolic for the population, including refugees, as well as for political stakeholders.
Moreover, the Quick Impact Projects to be implemented by UN teams, with their immediate benefit, provide the best guarantee against the failure of the political process.
Recent developments since the second Somali National Consultative Constitutional Conference, held in Garoowe, have brought Somalia closer than ever to solving its structural problems and laying the basis of political stability and sustainable development, after two decades of uncertainty and instability.

We need to acknowledge that the progress that has been made remains extremely fragile as political stakes continue to rise over the establishment of a new political order. Thus, as we set optimistic, but yet realistic goals, we need to bear in mind the 2015 Millennium Development Goals. Unacceptably high rates of child mortality and severe malnutrition continue to impact the life of the Somali population on a daily basis. Furthermore, some 2 million people still require continuous life-saving assistance throughout the year.
As a matter of fact, military and security achievements need to be sustained through the establishment of efficient governance, which is essential for a successful political process. Hence, we must take this opportunity and work diligently to ensure the success of the coming steps in this process.
In this regard, Morocco welcomes the outcome of the London conference, which was a milestone of the international community’s efforts to reinvigorate the peace process in Somalia. Morocco supports the new approach advocated in that conference in favor of an integrated and coherent treatment of all Somalia’s problems, on the basis of a concerted international action.

The international community needs to act promptly, not only in the interest of Somalia, but for the stability of Eastern Africa and the whole African continent, as well as for the safety of maritime routes through the Indian Ocean and the Gulf of Aden. The critical situation does not allow any delay and the future cost of inertia will, no doubt, be ruinous in all aspects.
Practical measures are urgently needed to address the challenges of Somalia whose government must be accompanied in its effort to consolidate control over the recovered areas and engage in national reconciliation. Therefore, the International Community needs to act over the long term, within in a coherent framework, consistently with assistance programs carried out by international agencies on the ground.
As the International community provides humanitarian assistance, despite the conflict in Somalia, it is time to start reflecting on a “peace building approach”, after the transitional period. In this context, it could be of great interest to take advantage of the wide experience of the United Nations Peace building Commission in order to create the necessary conditions for sustainable peace in the country.
Morocco calls on the international community to uphold its responsibility by supporting the establishment of new institutions that are expected to complete the transition through a consistent assistance in the field of capacity building, as well as the increase of humanitarian aid and political support. All these dimensions need to be properly addressed in a holistic manner in order to ensure effective and timely results.
Morocco, as an active promoter of South-South cooperation looks forward to contributing to the international efforts for capacity building and expresses its readiness to share its experience in several fields such as agriculture, water management, public health and education, to serve the development of Somalia.
Finally, I would like to express Morocco’s support for the Second Istanbul declaration, and its commitment to the goals established by the Somali people, to help them help themselves. Morocco hopes that Istanbul II will reinforce the global consensus on Somalia, boost political support and technical assistance, and establish an international coalition for peace and development, paving the way for a new Somalia, enjoying peace, stability and prosperity.

Thank you for your attention.