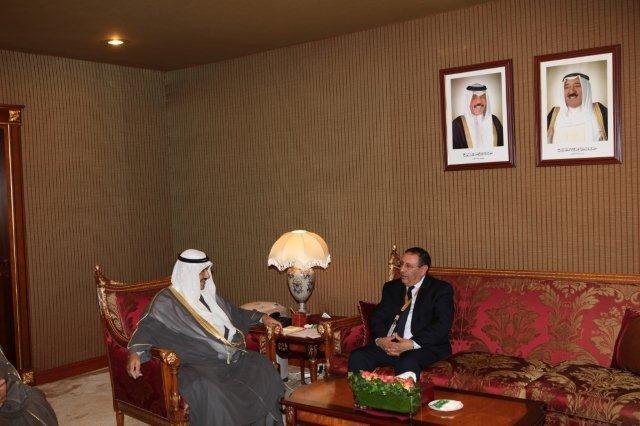 During the meeting Mr. Amrani congratulated Sheikh Nasser Al-Mohammed Al-Ahmed Al-Jaber Al-Sabah for the successful execution of the 8th session of the Forum for the Future, and saluted the efforts of Kuwait towards consolidating the rule of law and democracy in the region, and its vital contribution to development co-operation.

The Secretary General highlights the aims and objectives of the Union for the Mediterranean, towards promoting peace, prosperity and stability in the Mediterranean region, which must be materialized into concrete projects that have direct impact on the citizens of the Mediterranean countries.
From his end, the Kuwaiti Prime Minister Expressed his support to the actions that the UfM has so far achieved, and in implementing its vision towards ensuring a prosperous and stable Mediterranean Region.