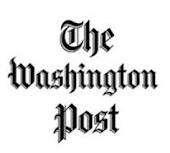 A top Moroccan official says uncertainty over the future of disputed Western Sahara is an additional risk for a region already hit by a rise in Islamic militants that prompted France to send troops to Mali.

Youssef Amrani called the situation in Western Sahara “unacceptable” and said it “represents a risk to the zone” in remarks to Spanish government officials and business executives in Madrid. He is the No. 2 official in Morocco’s Foreign Ministry.

Amrani’s comments Tuesday came several weeks after an attempt to restart negotiations over the future of the territory annexed by Morocco in 1975. The United Nations is worried Islamic militants could move into the sparsely populated former Spanish colony. The Polisario Front is fighting Morocco for independence, and peace talks broke off last year.