M. Fassi Fihri reiterates Morocco’s commitment to work towards the strengthening of the UfM 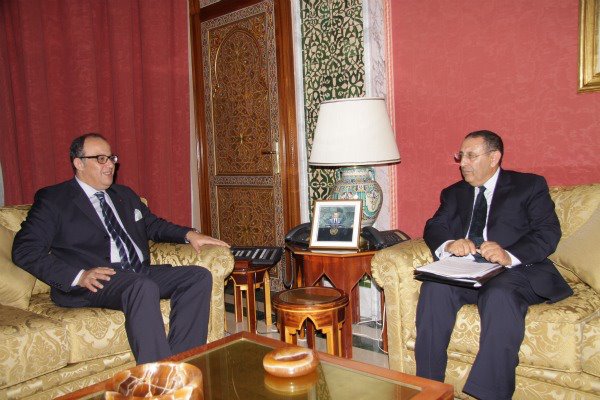 Minister of Foreign Affairs and Cooperation of Morocco, Taib Fassi Fihri, reiterated Morocco’s commitment to work towards the strengthening of the Union for the Mediterranean (UfM) as the adequate framework of partnership to accelerate regional integration between the two shores of the Mediterranean.
Rabat – This integration must be done, particularly through the implementation of six structural projects approved by the Paris Summit in July 2008, the minister said in an interview Monday in Rabat, with Mr Youssef Amrani, Secretary General of the UfM.

To this effect, the Ministry of Foreign Affairs and Cooperation stated that: « Morocco is fully induced that the UfM has all the legitimacy and the potential to impact the Mediterranean geopolitics”

Mr. Fassi Fihri also reiterated Morocco’s desire to materialize the project of establishing a Euro-Mediterranean University in Fez, and requested the Secretary General of the UfM to accompany the kingdom of Morocco in this ambitious project.

In addition, he underlined Morocco’s numerous contributions to the Union, including presiding the Parliamentary Assembly of the Regional and Local Assembly Euro-Mediterranean (ARLEM) and the Anna Lindh Foundation. The Minister assured the Secretary General of the Union for the Mediterranean, Morocco’s continuous support to the secretariat of the union, based in Barcelona, in order to ??fully exercise its function, in the identification, development, and implement of regional projects.

Moreover, the Secretariat of the Union is required to develop appropriate technical mechanisms, which will serve as a « toolbox » and a bank of variable geometry projects, likely to contribute to economic social growth of the countries in the region, the statement also mentioned that education and training are keys to improving competitiveness and innovation in the Mediterranean, yet should be considered by the Union as structuring elements for a common prosperous future in the region.