Morocco and the new atlantic equation 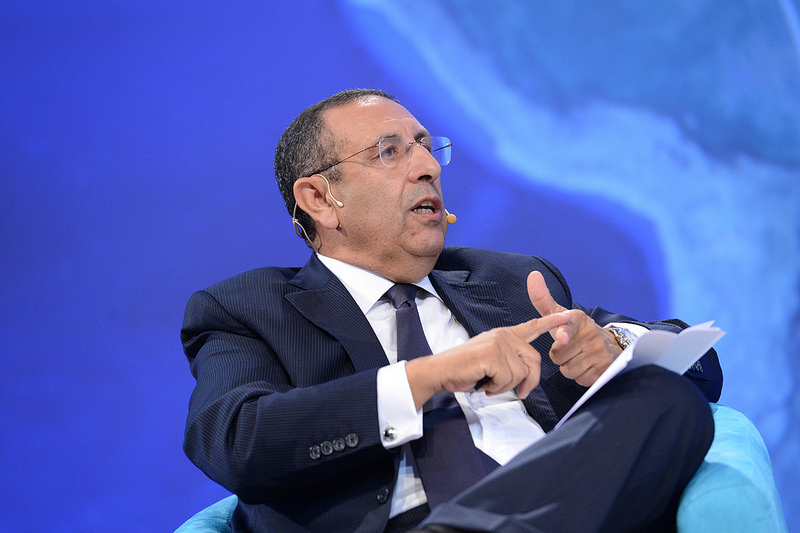 In  his intervention in the Atlantic Dialogue in Marrakech  Youssef Amrani stressed that given ​​its solid foundation of shared values and the strategic location it enjoys, Morocco has not only established itself as a bridge to Europe – through the Mediterranean – but also as a gateway to  Africa, with strong connections, across the Atlantic space, to the Americas.

Thanks to His Majesty’s clear vision, Morocco has developed an ambitious international policy which drives our country’s internal dynamic process forward.

Building on a rich history and diverse identity, Morocco has promoted a democratic social model seeking to serve the citizen through human development, strong social cohesion and an open economic policy designed to create opportunities for young people.

Deeply-rooted in Africa, at the crossroads of three continents, Morocco has sought to diversify mutually beneficial partnerships, increase its fruitful cooperation mechanisms and enhance its historical ties with sub-Saharan Africa.

To this effect, Morocco has developed strong cooperation ties in Africa with more than forty countries; these relations are governed by a legal framework constituted of almost 500 agreements, in addition to many regional partnerships with the ECOWAS, the West African Monetary Union (WAEMU), the Central African Economic and Monetary Community (CEMAC), the CEN-SAD, in addition, of course, to the Arab Maghreb Union.

Morocco also signed Free Trade Agreements with the European Union and the USA, two major partners and allies. We have equally worked to further diversify Morocco’s network by forging closer relations with the Organization of American States (OAS), the Union of South American Nations and the common market of the South (MERCOSUR).

These actions reflect Morocco’s firm belief there can be no efficient North-South cooperation without an equally strong South-South cooperation. This balanced approach is not just an aspiration, but an absolute necessity in today’s multi-polar system, defined by increasingly common challenges and risks; hence the need to come up with common, concerted and comprehensive responses.

This firm political will repeatedly expressed by His Majesty the King – may God assist him – is fully in line today with an obvious reality which cannot be overlooked when re-defining global governance, and that is the weight of our continent in international policy issues.

Today, the African Atlantic coast is threatened because it is ill-prepared to effectively address the many present risks, as well as future dangers looming on the horizon:

-Piracy is undermining the safety of African coasts, particularly in the Gulf of Guinea region,

– Arms and human trafficking is plaguing the Sahel region, with trafficked people and goods being exported to the countries of the North, and

– Ebola – a scourge which was not instantly and properly dealt with where and when it broke out – has now become a global threat!

The Transatlantic community, which is facing many similar challenges (I believe Brazil, Colombia, Mexico and even some Caribbean states will probably identify with the hardships I have just mentioned) must seek common solutions. The aim is to facilitate a new era of prosperity and co-development, equally focusing on the two shores of the Atlantic.

To this end, the transatlantic community should focus on three key pillars for the well-being of concerned populations:

*The human dimension: it is imperative to ensure the transfer of know-how and best practices in the fields of education, health, agriculture and income-generating activities so as to promote equitable human development. The latter would remain incomplete without working, in parallel, on promoting a culture of tolerance, solidarity and democracy;

* Secondly, on the economic dimension, we should:

–         Better showcase the diversity and vast resources of countries of the South,

–         Tap into the huge potential for better South-South economic integration,

*Finally, the security dimension: we need concerted efforts to fight trans-regional crime and address the looming threat of terrorism and instability. It is important, in this respect, to go beyond paradigms, fragmented approaches and individual initiatives.

As far as Morocco is concerned, a series of pragmatic and concrete initiatives have been launched to help promote sustainable human development in Africa. Morocco also contributes significant efforts to promote peace and stability in a number of areas of armed conflict in Africa (DRC, Cote d’Ivoire, Central African Republic…).

Behind these many initiatives, there lies a clear goal:

ü Education is a priority: Morocco is providing training and education, to more than 8,000 African students benefitting from scholarships in Moroccan universities. This programme also extends to the religious field and many Imams (preachers) from a number of sister nations are benefiting from dedicated training programmes, developed as part of our own de-radicalisation strategy and shared to help these countries regain ownership of their authentic cultural norms and values.

*Economic development is the locomotive for change: The Kingdom sees Africa as its future and seeks to share know-how and expertise with our fast growing continent, with economic development at the heart of this approach. This is the reason why Morocco’s African policy is called African development policy.

To this end, Morocco is showing greater commitment to supporting economic progress in Africa through enhanced cooperation and win-win partnerships. It is actively promoting regional economic development thanks to large-scale, high value-added projects for African partners.

Similarly, the financial dimension is essential, not only for the structural transformation of African economies, but also to ensure sustainable funding for major investment projects

(For example: Casablanca Finance City seeks to contribute to integrate the continent into international finance flows, to facilitate intra-African trade and to increase international investment in Africa).

* Investing in Africa is an investment in our own future: Morocco is investing massively in the continent; an increasingly large number of public sector agencies and major private sector companies are present in more than 25 African countries in the services sector (banking, air transport, vocational training, telecommunications, construction, insurance, mining…), with investments exceeding USD 1.7 billion over the past five years. Furthermore, Morocco will host the Africa50 Fund, with an initial capital of USD 3 billion, to be later raised to USD 10 billion; the Fund will finance major infrastructure projects in Africa.

*Migration is a shared issue we must address responsibly: Morocco launched several initiatives, such as the African Alliance for Migration and Development, which focuses on safeguarding humanitarian principles and lays an emphasis of the shared responsibility of origin, transit and destination countries. It also launched and the Ministerial Conference of African States Bordering the Atlantic, seeking to enhance complementarity and promote new synergies between regional actors.

In all its actions, Morocco supports regional cooperation as the ideal platform for action, since a ‘bloc-based’ sub-regional approach is a necessity today. Such an approach is likely to lead to more integrated, more competitive spaces.

Finally, maybe a question for all of us to consider:

At an age of fast-paced technology and mass information, where borders are being increasingly challenged, the need to bridge the gap between the North and South has never been greater.

We urgently need to find flexible and creative solutions to challenges that do not know any frontiers and will not wait for us to overcome our hesitations and let go of our taboos.

What suitable mechanisms can be developed in this respect, particularly with respect to adapting the concepts of the North Atlantic and the South Atlantic and seeking to define a single, mutually acceptable framework for effective cooperation across all spaces of the Atlantic?