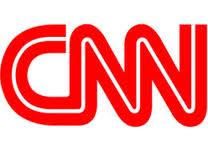 Clinton will first meet  with His Majesty King Mohammed VI for discussions about the Morocco-US strategic partnership.  Then she will join the international “Friends of Syria” meeting that Morocco is hosting in Marrakech.

CNN (Anchor from CNN Hong Kong):   US Sec. of State Hillary Clinton is to discuss Syria’s future next week at an international meeting.   A smooth political transition, aid to refugees, and the future stability of the region will be on the agenda at the “Friends of Syria” meeting in Morocco.  We want to cross over to Morocco’s Delegate Minister for Foreign Affairs and Cooperation. He joins us now from Washington. Thank you very much for being with us.

CNN:  What do you hope to accomplish with this meeting with the Secretary of State?

Amrani:  First of all, we waited for a long time before convening this meeting.  Today we think the conditions are gathered.  There is a coalition of the Syrian opposition. And I think we need to build on this moment and to move forward.  We need to support the Syrian civil society towards a democratic transition. This is I think the major outcome of the visit of Mrs. Clinton to Morocco.  She will also have within the Strategic Dialogue with King Mohammed VI, to discuss not only the Syrian issue, but other issues with are today in the agenda of the Security Council that Morocco is chairing this month.

Amrani:  I think we should give all the necessary support to Syria, to the Syrian opposition in order to lead the democratic transition in Syria.  Because the future of Syria should be democratic.  There is no other choice.  And we need to help them stop the violence.  We should continue pressure within the Security Council on Bashar Assad and to be able to allow the Syrian people to decide over its future, respect its sovereignty, its independence, and the democratic values that we share together.  Today we have no more choice than to support the Syrian people and we cannot stand any conflict in the region.

Amrani:  I think it is up to the Syrian people to decide.  I think that today they have shown the will to move forward towards national reconciliation, joining and associating all the civil society and political parties in the shaping up and making up of the future of Syria.  It should be democratic and we should now support it internationally.  Don’t forget also the human dimension of this confict. It’s important because today there are a lot of refugees in the neighboring countries – in Turkey and in Jordan – and the need to help these people in order to  live in decent conditions.

CNN:  Alright, Morocco Delegate Minister for Foreign Affairs and Cooperation, Youssef Amrani.  Thank you very much for your time.