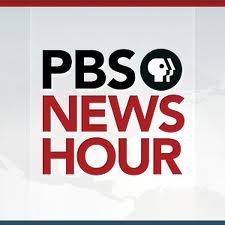 Though the League of Arab States approved NATO’s intervention in Libya, it is still unclear whether the 22-member organization will take action in Syria, where conflict began 16 months ago. Judy Woodruff talks to Youssef Amrani, Morocco’s delegate-minister for foreign affairs, about the role of the Arab League in Syria.

JUDY WOODRUFF: A White House spokesman said today that the use of heavy weapons in Aleppo showed the — quote — « depth of depravity » by the government of Bashar al-Assad.

For more on the conflict in Syria, we turn to Youssef Amrani. He is Morocco’s minister delegate for foreign affairs, the second highest ranking official in the ministry. Morocco is a member of the Arab League and currently is the only Arab country with a seat on the United Nations Security Council.

JUDY WOODRUFF: What is your understanding right now of where the conflict in Syria stands, who has the upper hand?

YOUSSEF AMRANI: Today, I think the situation is worsening.

Now the importance and priority must be given to save the civilians, to stop the violence against civilians and to prepare the necessary conditions for a political and democratic transition.

JUDY WOODRUFF: And how should that be done? You’re here in Washington today. You met with congressional leaders. You were at the White House meeting with White House officials. What are you looking for? What are you asking for?

YOUSSEF AMRANI: We’re looking for the strengthening of the opposition, that it should have the necessary measures to be able to build up in a sovereign way its future. Then we need to support all the…

JUDY WOODRUFF: Build up, and in what manner? What sort of help…

YOUSSEF AMRANI: Well, the future of Syria must be democratic and should include all different groupings of the Syrian society.

And, of course, the independence and the national integrity of Syria should be respected. Of course, this means that we need to — that the current regime is not able to lead the democratic transition.

JUDY WOODRUFF: And are you asking the United States for more help? As you know, the U.S., other Western countries have been reluctant to get involved militarily.

Listen, the U.S. has been committed since the beginning as far as a political solution. Morocco, also, as you correctly stated, the only Arab country in the Security Council, we have taken all the decisions taken by the Arab League to the Security Council.

Today, we need more pressure and we need to see, because we think that we are stuck in the Security Council with these vetoes, and we think — I think to move forward.

JUDY WOODRUFF: And when you say more pressure, what kind of pressure are you talking about?

YOUSSEF AMRANI: Well, more sanctions, more international support and to work with the Russians to see if they can help to find a political solution and a way out, because the status quo actually is not acceptable by the Syrian community.

JUDY WOODRUFF: Now, we know that some members of the Arab League, some of the Gulf states, are actually sending military support, military help to the opposition.

JUDY WOODRUFF: We know that Turkey has closed the border to prevent trucks from going from Turkey — from Iran into Turkey.

JUDY WOODRUFF: Are you asking in any way for military — more military support for the opposition?

YOUSSEF AMRANI: You see, for us, the priority is a negotiated solution to move forward, because we don’t forget that there are a lot of weapons in Syria, and especially even chemical weapons.

We need to avoid any catastrophe. So, that’s why we are giving all the chance for peace and negotiation. Then, if we fail on this issue, maybe we can think about alternative, alternative solutions.

YOUSSEF AMRANI: We have to continue trying, because it is important, in the Security Council and elsewhere.

JUDY WOODRUFF: So, are you saying it’s a mistake for any outside country right now to send more military support to the opposition?

YOUSSEF AMRANI: Of course, intelligence is essential. It’s important. Let’s give some more chance to negotiation.

We hope that Russia and China will understand that, for their own interests, it is better to have a safe and political outcome to this crisis, because nobody can manage the humanitarian issue knowing the interconnection between the terrorist organizations in the neighboring countries.

JUDY WOODRUFF: Well, that brings me to the question. One of the reasons the U.S. and other countries have been reluctant to get involved, to support the opposition is because they don’t know what a successor government is going to look like. We just saw in that report al-Qaida starting to show up among the opposition.

How can you be sure that the next government won’t be as repressive as this government?

YOUSSEF AMRANI: Listen, we had some experiences in Libya, in Tunisia, in the Maghreb, that were successful.

I think that we have to believe that, thanks to dialogue, thanks to negotiation, we will be able to move forward, because any escalation in violence won’t be a solution. And we — as Morocco, we believe we give more chance to this dialogue and we hope to succeed. We know today we are a little bit stuck in the Security Council because of these vetoes, but we will try.

Morocco is hosting the next meeting of the Friend of Syria. We are thinking…

We are thinking of some ideas, because I think we should continue to make more pressure on the regime. And maybe we find out. As you know, two, three days ago, the — of the Arab League have sent some messages to Bashar al-Assad to try to see if he can leave.

JUDY WOODRUFF: Any response from him?

YOUSSEF AMRANI: Not yet.

JUDY WOODRUFF: Do you think there will be one?

YOUSSEF AMRANI: I actually cannot answer this question. I hope that the Syrian people continue to fight.

JUDY WOODRUFF: You agree with those who say it’s just a matter of time before his government falls?

YOUSSEF AMRANI: It is also a matter of time. And we have to continue believing that — believing on — that the Syrian people are trying the best to overcome this dictator regime.

JUDY WOODRUFF: Minister Youssef Amrani of Morocco, we thank you very much for talking with us.

YOUSSEF AMRANI: Thank you very much.

JUDY WOODRUFF: And, online, we explore whether the Arab League can lead the diplomatic effort in the Syrian crisis. That is on the Rundown.