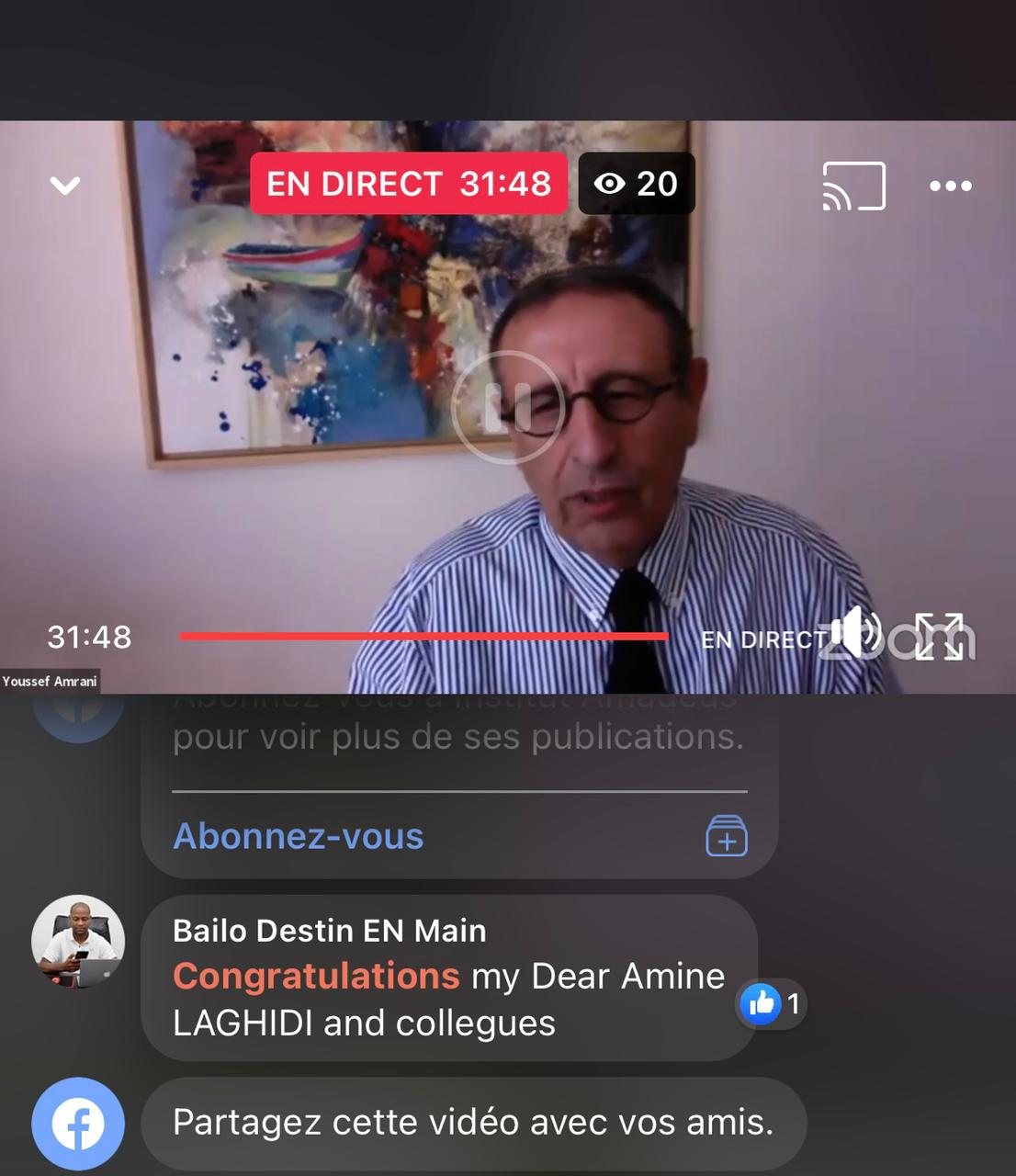 Speaking at a webinar held by the Amadeus Institute under the theme « Regional Economic Communities (RECs) in the era of the African Continental Free Trade Area (AfCFTA), to adapt or to disappear? » the diplomat stressed that in this critical period of health crisis of the Covid-19, the African continent is called more than ever to protect its population, its young generation and provide trust, security and development.

Regarding, the Inter-African Free Trade Agreement, which came into force on January 1, 2021, Amrani noted that it fits perfectly into the vision of HM King Mohammed VI for « integrated and prosperous Africa. »

The creation of this African continental free trade area marks only the beginning of a broader collective plan and a new model of supportive, efficient and inclusive co-development in the service of African countries, he stated.

In our continent, integration is a priority, so time has come to be « pragmatic and proactive » to break the borders, he said, noting that Morocco has experience in free trade agreements with the European Union or the United States and it is ready to share it with all countries on the continent.

For his part, Chief Technical Advisor on the AfCFTA, Prudence Sebahizi, noted that several countries of the continent are required to implement strategies to achieve integration, which has not yet reached its potential in this context of health crisis.

He also stressed that the private sector, being the engine of economic growth of African states, is essential in the proper implementation of this area. They are encouraged more than ever to « take the lead ».

Abdou Diop, President of the Africa Commission at the General Confederation of Moroccan Business (CGEM), explained that the regional economic communities, which have faced their own challenges with the ratification and implementation of the Protocols of free movement, have a crucial role to play in promoting a better understanding of the concept of free trade.