Africa in a global context 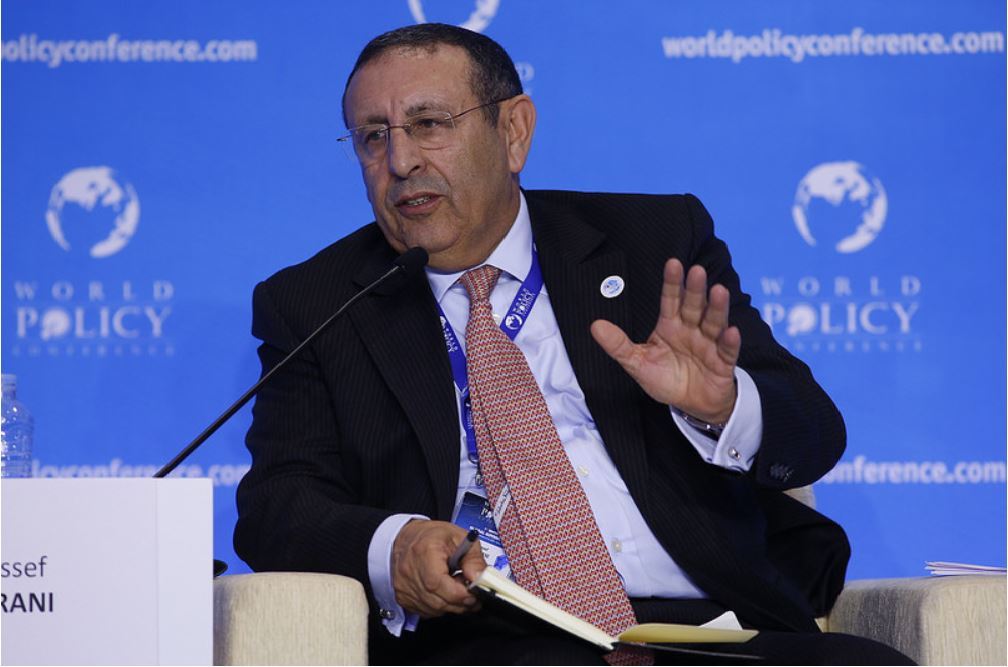 Talking about Africa, I would like to make a quick overview of what that continent represents and what it has to offer. This should enable us, together, to determine where our continent stands today and to start a reflection on where it could – or should – be heading for.

With 1 billion inhabitants, the continent accounts for over 16 per cent of the world population. In recent years, a real and growing middle class has emerged, which means there is now a significant class of consumers.

Africa – especially sub-Saharan Africa – boasts significant human and natural resources. Moreover, and given its various needs, its potential for sustainable growth is considerable. With 80 per cent of arable land still undeveloped, Africa is rightly seen as representing the solution to the global food security problem. It is the continent with the lowest electrification rate in the world. More than two thirds of sub-Saharan African populations are without electricity, and more than 85 per cent of rural residents have no access to it.

Today, African growth partly comes from domestic consumption and no longer depends only on natural resource exports. Consumer spending in 2014 is estimated at $ 1 trillion. With a booming middle class, Africa’s consumption is growing, and African demand for new products is expanding exponentially. This represents a significant opportunity for consumer goods and services.

Be it in terms of its vital forces, its resources or its potential, Africa is a large continent

Nevertheless, the continent is faced with many security, political, demographic, migration, environmental and health challenges to which it must successfully rise in order to achieve sustainable human development and ensure inclusive growth and progress for all (see fact sheet attached).

Africa must take its future in its own hands, overcome the barriers to its socio-economic development and create jobs for its youth, who are the continent’s real driving force.

Africa must free itself from dependence on donors; by the same token, donors should revisit their development assistance policy. Indeed, the continent needs large-scale human and social development projects, not systematic humanitarian aid.

A continent poised to become a new global growth center

In the past, cooperation was based on trust and historical ties; today, it is increasingly revolves around on efficiency, performance and credibility. A rapidly emerging continent, Africa needs partnerships that can play a catalytic part, rather than conditional assistance.

This means South-South cooperation will be at the heart of Africa’s economic partnerships, as the continent naturally continues to develop mutually beneficial relations with countries with which it has the strongest historical ties and the most affinities.

Aware it has a special, privileged location, and being confident in the future of its continent, convinced that Africa will soon be an emergent continent, the Kingdom of Morocco has freely chosen to be there for Africa as it embarks on a dynamic trend.

The advantage of Morocco’s location in Africa has also been enhanced by the various visits paid by His Majesty King Mohammed VI to many African countries (29 visits in total, including 5 tours since 2001). For example, during His Majesty’s most recent visits to Gabon, Côte d’Ivoire, Guinea and Mali, in February 2014, 91 economic cooperation agreements were signed, bringing the total number of Morocco’s agreements with African countries to nearly 900!

This support has been multidimensional:

1.The spiritual and cultural dimension

Existing spiritual ties have also been strengthened, including through programs for the training of Imams to safeguard the authentic teachings of moderate, tolerant Islam. Emphasis has also been placed on human and social development, through a number of concrete cooperation programs and humanitarian aid projects.

Furthermore, over 8,000 students from sub-Saharan Africa are currently attending Morocco universities and colleges.

2.The economic and financial dimension

The 5th economic powerhouse on the continent, Morocco is the first investor in West Africa. Its trade and economic presence on the continent is recognized at the international level and can serve as a real platform for business opportunities.

The Kingdom is investing heavily in the continent, with an effective involvement of leading Moroccan groups and businesses in 25 African countries (in such fields as finance, aviation, professional training, telecommunications, construction, insurance, mining …). It has invested more than $ 1.7 billion in Africa over the last 5 years.

The Kingdom is also establishing itself as a financial hub for Africa, through the Casablanca Finance City (CFC). Mobilizing innovative financing instruments that can reliably support Africa in its growth dynamic is the sine qua non for sustainable investment projects designed to promote social and human development in Africa.

It should be pointed out, in this respect, that the Africa50 Fund, to be hosted in Morocco with an initial capital of $ 3 billion – set to increase to $ 10 billion at a later stage – is designed to finance major infrastructure projects in Africa.

3. The sub-regional dimension, or African integration:

Morocco’s continental action, which is part of an intra-African dynamic process, is not carried out only through consolidated and concerted interregional cooperation, but also through active, tailored contributions within the continent’s various regional groups, such as the ECOWAS, the Maghreb Union, UEMOA, ECCAS, CEMAC and the CEN-SAD.

Morocco was behind a number of significant African initiatives. I wish to refer, in particular, to the creation of a regional forum called the “Conference of African States Bordering the Atlantic”, which is a platform to promote development and economic opportunities as well as a coherent approach to anticipate transnational threats.

For those who are not familiar with the area, the African Atlantic coastline is not only facing the threat of piracy acts – namely in the Gulf of Guinea – but is also exposed to drug trafficking from South America, arms smuggling from the Sahel region and human trafficking which spreads beyond the Sahel and affects most of Africa.

To reduce the negative impact of migration on development and maximize benefits, Morocco has proposed the creation of an African Alliance for Migration and Development, built on the principle of the shared responsibility of origin, transit and destination countries.

The said Alliance is aimed at monitoring new migration flows, realities and stakes. The ultimate objective is to provide a coherent realistic response to this segment of the population who are yearning for a better future.

To this end, Morocco has developed a new humane, proactive migration policy with respect to sub-Saharan migrants in order to uphold their basic rights, in accordance with international obligations. Since this new policy was launched last year, the situation of some 10,000 illegal migrants in Morocco has been regularized.

Finally, the Kingdom of Morocco is of the view that triangular cooperation, involving the most advanced world powers (such as the South Korean experience in e-learning and e-government) and Moroccan expertise for a more effective action toward Africa, be it in the humanitarian, economic or development spheres, offers opportunities that should be considered.

Below is a brief overview of the potential and opportunities available in Africa as well as a summary fact sheet of the efforts exerted by Morocco with respect to Africa, so that the continent may fulfill its peoples’ aspirations for a better future.

The poor knowledge of conflict causes, the inadequate identification of the nature of problems and the lack of enthusiasm in providing the necessary means are the main obstacles to development in Africa. What are, then, the main challenges the continent needs to face urgently?

Poverty is endemic in Africa, with almost half of the population in sub-Saharan Africa living on less than USD 1 a day and close to four-fifths on less than USD 2 a day! Africa is still experiencing the paradox of having poor populations living in countries with significant natural resources.

This massive and deeply-rooted poverty, as well as processes leading to political and social exclusion and marginalization of entire segments of the population still exist today.

The social exclusion and political marginalization of individuals, groups and social classes are the root cause of a number of conflicts, which have devastated many African countries, exacerbating under-development and international dependence

The process of state building in Africa constitutes a major challenge; it is necessary to pacify Africa and avoid a new typology of conflicts. What is needed are accountable States operating without undue strains and in accordance with international standards of good governance and democracy.

Given strong projected population growth (over 1.7 billion inhabitants by 2050, 60 per cent of whom will be under 25), African States need to find solutions to ensure their citizens have access to decent education, tailored vocational training and good employability prospects.

Plagued by unemployment, social maladjustment and armed violence, African youths, in the pursuit of a better future, often themselves embroiled in a self-destruction process which is difficult to stop (all sorts of trafficking, guerillas, illegal migration…

The continent suffers from a huge deficit in terms of infrastructure in such areas as transport, water, electricity, energy…etc. Infrastructural development is a must if the continent is to attract foreign investment. Above all, it is the foundation for an effective economy that can create jobs and tackle social exclusion.

Life expectancy is below 50, mostly because of armed conflicts, the HIV/AIDS pandemic, Ebola and the inadequacy of healthcare and social services. The depth of human suffering behind these figures is a real tragedy.

6. Security, stability and the fight against terrorism

Africa’s security empowerment and the resolute pursuit of peace hinge on the availability of human resources that have the ability to build viable state institutions. Efforts are also needed to tackle the question of porous borders, which are more often than not a legacy of the colonial era. Border control means are also insufficient and armed groups are multiplying, thanks to drug dealing as well as arms and human trafficking.